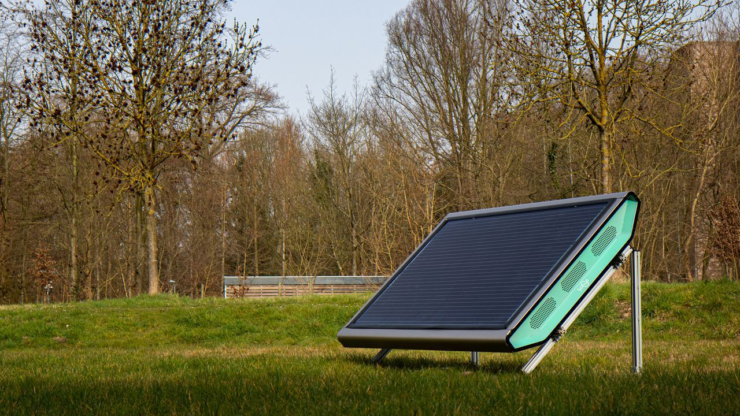 Scientists at KU Leuven have taken an important step towards the industrial production of panels that can extract green hydrogen gas from the air. They previously made several prototypes and are now ready for the next step: industrial production. By 2030, they hope to be able to install the panels on the roofs of homes.

Hydrogen is the smallest and lightest of all chemical elements and has a special property: it carries energy. Hydrogen gas is an energy carrier that can store and produce both electricity and heat.

Hydrogen gas will be important as an energy solution of the future.

“It can be used for many applications. We think in the first place of heavy transport, industry and emergency power generators. With cogeneration, you can also generate electricity and heat with it.”

Hydrogen gas is a gas that does not release greenhouse gases or toxic substances when you use it. The condition is that you make hydrogen with clean energy. And that is exactly what bioengineers Jan Rongé and Tom Bosserez of KU Leuven do. Since 2011, they have been working on a hydrogen panel that converts moisture in the air directly into hydrogen.

How does it work?

The panel captures two things: air and light. Air contains water vapor, and the hydrogen panel uses the sun’s energy (light) to split those water molecules into hydrogen and oxygen.

The hydrogen is stored under pressure (with a compressor) or transported via pipelines and can then be used in all kinds of applications. The oxygen gas is simply released back into the air, without impact on the environment.

Hydrogen panels on your roof by 2030?

According to Rongé and Bosserez, hydrogen is the energy solution of the future. Within KU Leuven, under the name “The Solhyd Project”, they were given the opportunity to test their ideas. They have already developed several prototypes of their hydrogen panel and thanks to support from the Leuven company Comate, they were even able to translate these prototypes into a marketable product.

We are very satisfied that we can turn a research result like this into a marketable product.

“But you can only really speak of an innovation if it is produced, sold and used.” To make this possible, the solhyd research project will become a spin-off company of ku Leuven.

“In this way, we can eventually make the panels in large volumes and distribute them around the world,” says Jan Rongé.

He is already looking forward to the future: “We expect that from 2030 it will be possible to install hydrogen panels on the roofs of homes.”

The energy source of the future?

Hydrogen can be found everywhere on our planet, in inexhaustible quantities. But it almost never occurs in pure form in nature. Hydrogen atoms cling to all kinds of other atoms: oxygen, for example. Two hydrogen atoms (H) and an oxygen atom (O) and you have water (H20): our blue planet is full of them.

But you can also pry those atoms loose and isolate them, as Rongé and Bosserez do with their hydrogen panels. You then get an invisible and odorless extremely light gas, H2, which disappears very quickly. And working with that gas is not without risks, because it is highly flammable, just like most fuels. Especially in closed spaces, this can be dangerous.

Unlike natural gas, hydrogen gas is also environmentally friendly. Although there are clear advantages to the use of hydrogen, experts also question the inefficiency of the system: when the hydrogen breaks free from the water, the storage, the possible transport and the re-mixing of hydrogen with oxygen or air, a great deal of the original energy is lost.

What will that cost?

By 2030, the researchers want to bring their hydrogen panel to the market. The question that cannot be avoided: how much will such an installation cost? “Like any innovative technology, our hydrogen panels will first have higher costs,” we read on the Solhyd Project website.

“With photovoltaic solar panels, however, the cost price has halved in the last 5 years. For hydrogen panels, we foresee a similar evolution. Ultimately, we expect that the cost of a hydrogen panel will be close to a solar panel today.” 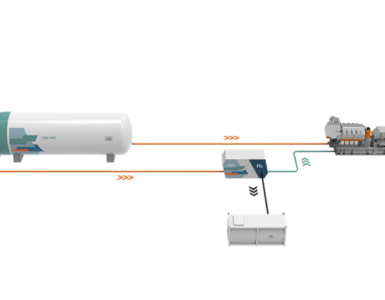 Wärtsilä partners with cleantech start-up Hycamite to jointly develop technology for onboard production of hydrogen from LNG. The technology group Wärtsilä has entered into a joint development agreement with Hycamite... 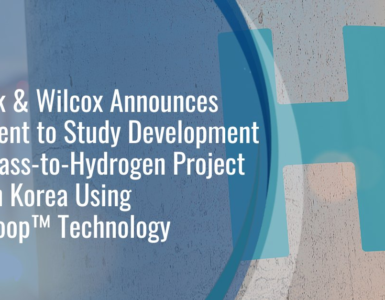 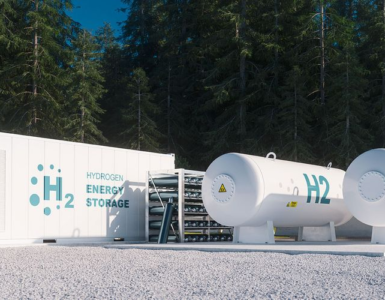 STEAG to supply hydrogen to public transport company Saarbahn. When the “HydroHub Fenne”, the hydrogen project of energy company STEAG in Völklingen-Fenne, produces green, climate-neutral hydrogen from 2026 onwards, a...