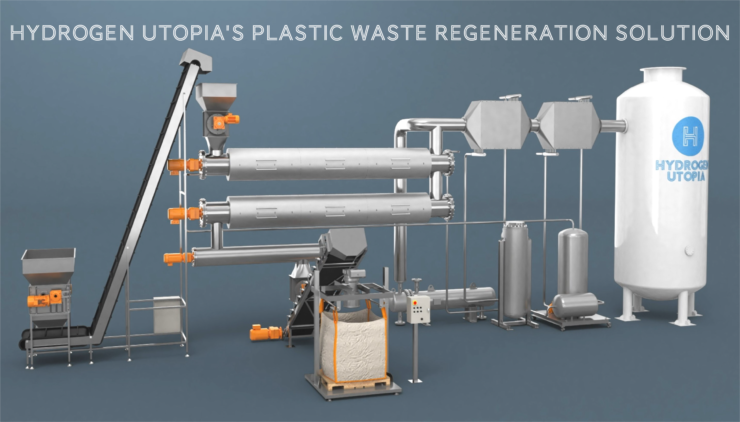 Hydrogen Utopia International PLC (AQSE:HUI), a company pioneering non-recyclable waste plastics to hydrogen technology, announce that it has entered into an agreement with Fisherstown Property Holdings Limited (the “Agreement” and “FPH” respectively) in relation to the proposed lease of a 2.5 acre greenfield site in the 78-acre Logeco Logistics & Energy Park at Fisherstown in County Longford, Ireland which it now anticipates will lead to its first operational full scale waste plastic to hydrogen facility in Europe.

Longford is a county in the Irish Midlands and is anticipated to be one of the prime beneficiaries of the EU Just Transition Fund in Ireland.

Under the Agreement, HUI and FPH, the freehold owner of the site, have each agreed to use all reasonable endeavours to finalise the grant of an option (the “Option”) within the next three months for HUI or a special purpose vehicle established by it for the purpose (“SPV”) to acquire a long lease of a 2.5 acre greenfield site (the “HUI Site”) on the 78 acre freehold industrial site owned by FPH (the “Longford Site”).

Under the Agreement, HUI has made a €50,000 payment to FPH for the exclusive right to negotiate the Option, which will be offset against the option premium payable on grant of the Option.

The Option would give HUI the right for a period of up to two years, subject to, inter alia, the receipt of any planning and environmental permissions necessary to build an HUI facility on the site, to acquire a 25 year lease of the HUI Site.

The Longford Site has its own electrical grid connection and an electrical substation and the potential for HUI to utilise the existing waste water treatment facilities on site, which previously serviced a very large denim manufacturing business. FPH also has planning permission to build a solar farm, which could potentially provide power for an HUI facility.

FPH anticipates that the Longford Site will become an energy park, including other energy facilities such as a proposed electric battery farm. The Longford Site has good road access and is within easy reach of the M4 and M6 motorways, which provide access to Dublin and Galway.

European Commission approval of Ireland’s Territorial Just Transition Plan and accompanying Programme setting out the activities the fund will support is expected towards the end of 2022.

The proposed HUI Site at Longford offers HUI a site with a better grid connection, potential waste water treatment facilities and good transport connections in an area that is anticipated to receive more EU funding than the proposed Tipperary site HUI was previously discussing with Trifol Resources Limited (“TRL”).

Whilst HUI remains fully supportive of TRL and its investment in TRL, it does not now anticipate progressing the construction of an HUI facility on the Tipperary site nor providing TRL with any further equity or debt funding as originally anticipated in its announcement on 26 April 2022.

As a consequence of HUI’s decision to focus on the Longford project in Ireland, HUI’s working capital position will be substantially better than previously anticipated.

Earlier this year we identified Ireland as a very attractive EU country in which to pioneer a European waste plastic to hydrogen plant.

“The Longford deal has very significant attractions that have led us to the conclusion that we should focus on the Fisherstown site in Longford to deliver our first plant in Ireland.”

I have a vision of a pipeline of HUI waste plastic to energy facilities in Europe and all over the world.

“The task of finding an appropriate location can be challenging and demanding at times. As pathfinders we are moving aggressively in our pursuit of rolling out as many systems as possible across the globe and turning HUI into a multibillion company. I believe the new location in Longford is another milestone in achieving our vision.”

The Directors of the Company take responsibility for this statement. 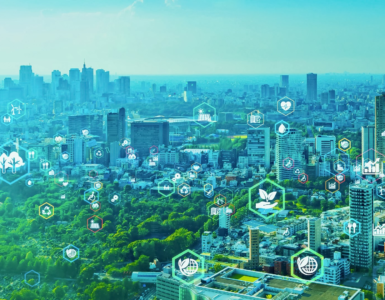 New innovation to recover hydrogen from waste could help safeguard UK energy security. A team of experts at The University of Manchester led by Dr Amir Keshmiri have received government funding to work with Powerhouse... 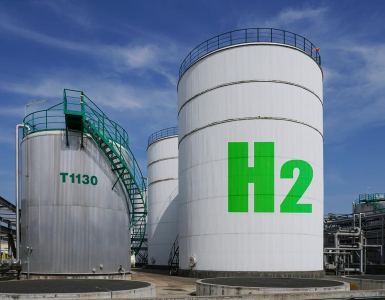 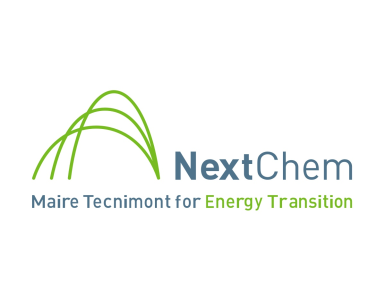 Grant of €194 million assigned to Nextchem as part of the “IPCEI Hy2USE” EU project for the development of the first waste to hydrogen plant in the world. Maire Tecnimont S.p.A. announces that its subsidiary NextChem...