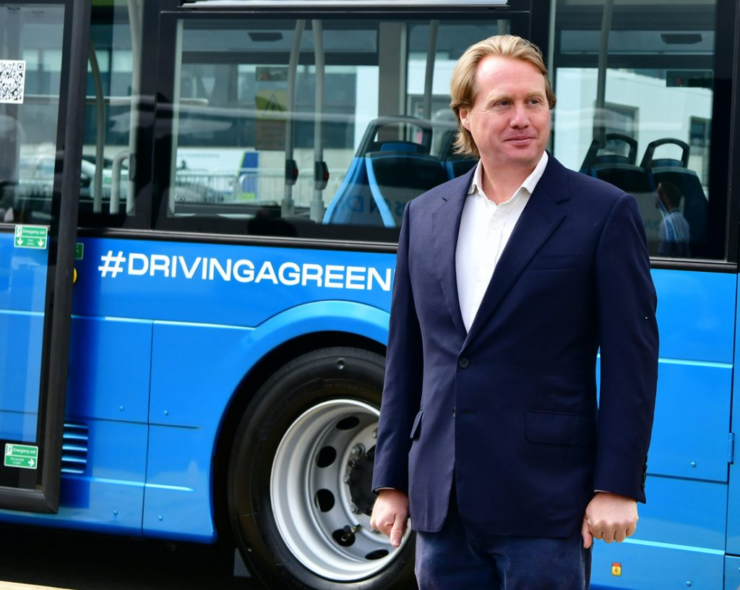 Long-touted as the fuel of tomorrow, hydrogen is making its mark today as bus and train operators embrace the zero-carbon fuel.

Wrightbus unveiled its first hydrogen bus in 2016 and put the StreetDeck Hydroliner, the world’s first hydrogen-powered double-decker into service in Aberdeen in 2020. That was followed by a fleet of the vehicles hitting the roads in January 2021.

There are now Wrightbus hydrogen buses in service in London, Dublin, Belfast and Birmingham with orders for other cities in the pipeline.

Its existing hydrogen fleet has saved 2,366 tonnes of planet-warming carbon dioxide from being released in the process if those same journeys had been made by diesel buses. That’s the same as taking 550 cars off the road for a year.

Sales of hydrogen buses this year have included a deal in May to supply German operator RVK with up to 60 Hydroliners over the subsequent two years. Wrightbus in September signed an agreement with the Queensland government in Australia to supply its hydrogen fuel cell power train technology to bus operator Transdev.

Wrightbus has supplied nearly all of the 100 or so hydrogen buses in service in the UK today and Chairman Jo Bamford has said he plans to put 3,000 hydrogen buses on the streets by 2024.

Similar progress has been made in hydrogen fuel cell trains this year. The world’s first fleet of hydrogen-powered passenger trains went into service outside Hamburg in August. Germany will have 14 zero-emission hydrogen trains running by early 2023, each of which is capable of running the entire day on a single tank.

Each train will save more than 422,000 gallons of diesel fuel annually, preventing more than 4,000 tons of CO2 emissions being released each year, according to estimates from the manufacturer, Alstom.

These examples show that hydrogen technology for public transport is ready for prime time. The infrastructure for hydrogen production, storage and delivery is being built. As more orders come rolling in, prices will fall and a virtuous circle will be created whereby bus and train operators are able to cut emissions and keep a lid on costs at the same time.