Prospects for hydrogen in Mexico: challenges and opportunities 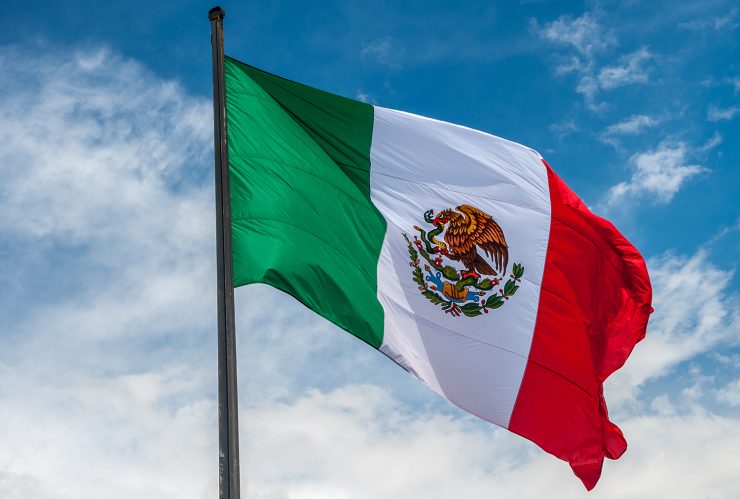 Prospects for hydrogen in Mexico: challenges and opportunities.

Hydrogen is the chemical element with the greatest presence on Earth and is one of the primordial particles for existence. In chemistry, according to the periodic table of elements, is the first and the lightest element by its molecular weight.

Generally, hydrogen has a diatomic composition (H2) and it’s commonly found in a gaseous state. This element can be easily associated with others such as oxygen to create water, or even carbon compounds.

Its versatility makes it a form of energy resource with high power and allows energy to be transferred and then converted again, in such a way that it is an infinite power supply. Thus, hydrogen can react with oxygen to produce heat or electricity without emitting greenhouse gases such as carbon dioxide (CO2).

Production and types of hydrogen

Giving “colors” to the hydrogen depends on the different industrial processes to obtain it, and that classification has an objective: measure the environmental impact of this gas production activities, in order to rank them in its grade of pollution.

The color chart is divided into gray, blue and green, according to the pollution generated by the industries in their processes.

Hydrogen as a positive contributor to climate change

Last year Glasgow’s Climate Change Conference of the Parties in Scotland (COP 26) highlighted to accelerate the energy transition to achieve the ambitious goal of neutralizing carbon global economy by 2050. This meeting also promoted international agreements and national policies against climate change, which favor all decarbonization technologies in the energy, industrial and transport sectors. Hydrogen will play a pivotal role in the following industries:

Hydrogen can contribute against climate change being used through the different applications already described, positioning green hydrogen as the one that will contribute to a greater extent in this fight, due to its zero release of CO2 in its production, which is one of the main greenhouse gases.

Green hydrogen can be generated in Mexico because of the highly potential of some states and its large amounts of resources for renewable energy, while having energy infrastructure and demand, adherence to state sustainable objectives, strategic logistics position and public sector allies. For example, Puebla, Tamaulipas, and Nuevo León.

Currently, there are organizations interested in developing and growing the green hydrogen industry in Mexico. For example, the 23-year-old ‘Sociedad Mexicana del Hidrógeno (SMH)’ has been responsible for promoting research, development, and innovation of hydrogen technologies. SMH has been working on the National Hydrogen Plan for Mexico, which seeks to identify the national skills and potential to approach the best opportunities in the current situation of Mexico.

Although around the world green hydrogen projects are being developed with frequency, most of them are not yet economically viable for their industrial massification, due to two factors: first, the current technological development, and secondly, because of the electrolysis of water cost, so, it is still more profitable to take advantage of fossil energy sources, such as natural gas.

Despite of global context, Mexico’s particular hydrogen case is interesting to analyze, finding that this country has the availability to import the cheapest natural gas in the world, thus opening the opportunity of taking the first steps in the hydrogen production towards decarbonization and initiating the transition with gray hydrogen in different sectors, in the fact that the Natural Gas sector has a greater maturity in the country.

The above would represent the challenge to skip the technological development, which will imminently arrive, in the way to become mature as a country in this renewable energy’s sector, and which also allows to move from the production of gray hydrogen to blue hydrogen and finally reach the affordable production of green hydrogen.

This does not represent a setback in the search of decarbonization, but a first step to the green hydrogen production transition, and perhaps with an exhaustive analysis we will be allowed to reach Mexico’s international targets and agreements, which also complement the national strategy on energy assurance without impacting the projects that are currently being developed.