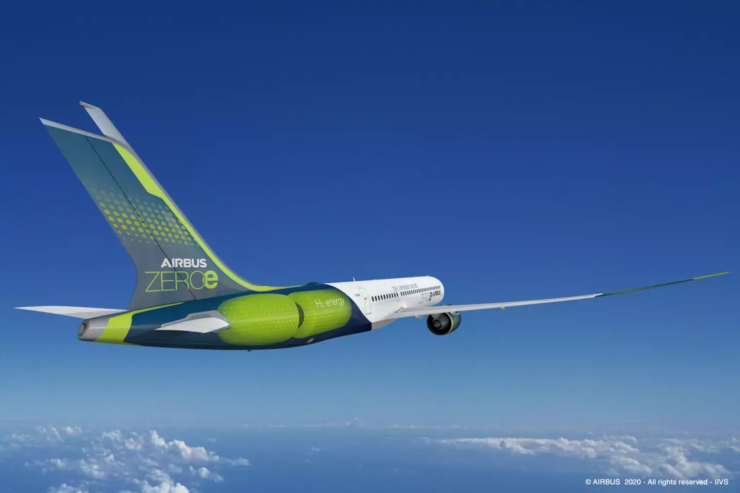 Hydrogen is key to our mission to bring zero-emissions aircraft to market by 2035, but it needs to be stored at an exceptionally chilly -253°C. To use this technology means developing innovative cryogenic hydrogen storage tanks. Luckily, we have teams around our network with just the right set of skills to build them.

The Countdown to ZEROe: Episode 1: Tanks

We’re constantly looking to harness innovative technologies to help us achieve our goal of bringing zero-emissions aircraft to market by 2035. A fairly fundamental aspect of this is how we will power such an aircraft. As such, we’re putting a lot of effort into harnessing what we believe to be a very compelling option: hydrogen.

In its simplest terms, there are two main technologies that enable an aircraft to fly directly with hydrogen. You can power an engine with hydrogen combustion through modified gas turbine engines, and you can use hydrogen fuel cells to create electrical power. And you can deploy a hybrid approach that uses a mixture of both technologies.

But regardless of these options there is a constant at work: hydrogen has to be kept very cold. It needs to be stored at -253°C, and kept at that temperature consistently throughout the whole flight, even when the tanks are depleted.

Storage tanks for a hydrogen-powered aircraft are therefore an absolutely essential component, but they are completely different to those you might find on a traditional aircraft.

We immediately recognised that getting these tanks right would be vital to the success of our ZEROe aircraft, so about 15 months ago we established Zero Emission Development Centres (ZEDCs) in Nantes, France, and Bremen, Germany, with the task of designing and manufacturing the hydrogen tanks, and set to work.

It’s a real testament to the teamwork across our sites to see this first tank being manufactured so quickly.

“We want to optimise the tank for greater efficiency and to further reduce its environmental footprint: after all, a zero-emission aircraft needs to be as close to zero emission as possible throughout its whole life cycle.”

Leveraging the expertise of our colleagues at the ZEDCs

We turned to our colleagues in Nantes and Bremen because they already had the skills that we needed to tackle this challenge. Bremen is close to Ariane Group and Airbus Defence and Space, with their experience working with hydrogen, and Nantes has considerable expertise with metallic structures.

The tank is manufactured in Nantes, and the coldbox, which takes care of the gasification of the liquid hydrogen, is produced in Bremen.

This tank isn’t just innovative technically – it represents a departure from traditional processes. Embracing a dynamic and agile working methodology, the teams adopted a co-development approach where in order to progress quickly they accepted the need to innovate, test, fail fast, and adapt.

In short, the teams get straight into manufacturing a prototype, which they test and learn from before developing an improved prototype, rather than spending a lot of time working on theoretical plans.

This speed is highlighted by the progress made at the site in Nantes, where the team took an empty warehouse and built the first cryogenic hydrogen tank ever produced at Airbus in a little over a year.

From design to testing, and beyond

The journey to bringing this new technology to market goes something like this:

Engineers design the cryogenic hydrogen tanks on software in Toulouse. These designs are passed onto the teams in Nantes and Bremen, who review them and explore the process for manufacture. Once the design is agreed, the first tank – which is tested with nitrogen, not hydrogen – is developed. This is where we are now.

The next step is to look at the prototype with a critical eye and ask what we can do better. The insights and testing data is collated and all of this information goes into the design for a second prototype, to be filled with hydrogen.

We already have plenty of feedback and we’re looking in particular at maximising space, improving performance, and simplifying the manufacturing process. Work on the second tank is already underway and will take around another year to build and test.

“The agile methodology has delivered a great prototype and will help drive improvements in future iterations. We want to optimise the tank for greater efficiency and to further reduce its environmental footprint: after all, a zero-emission aircraft needs to be as close to zero emission as possible throughout its whole life cycle.”

We’ve shown how we are on our way to safely storing liquid hydrogen inside an aircraft. But what happens next? How do you harness it to power the aircraft? Our next episode will focus on fuel cells and how to convert hydrogen into electricity. Stay tuned!

The cold heart that powers our ZEROe aircraft, November 18, 2022 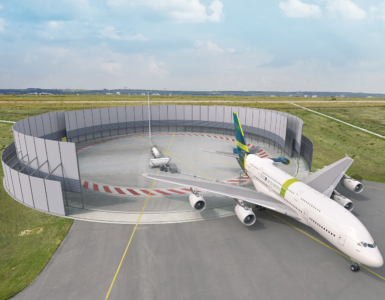 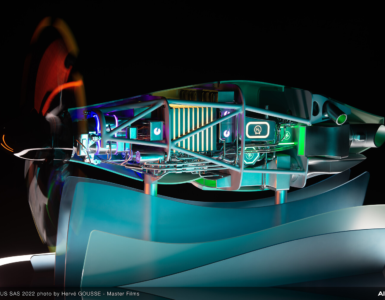 Could Hydrogen Fuel-cell Systems Be The Solution For Emission-free Aviation? – Airbus

Could hydrogen fuel-cell systems be the solution for emission-free aviation? – Airbus. The holy grail of aircraft propulsion is to provide power without any emissions. One of the most promising candidates is the... 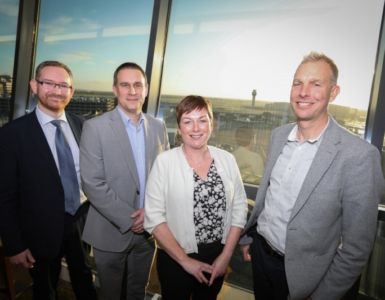 Manchester Airport on Track to be First in UK with Direct Hydrogen Fuel Pipeline, Thanks to Landmark Partnership with Hynet

Manchester Airport on track to be first in UK with direct hydrogen fuel pipeline, thanks to landmark partnership with HyNet. Manchester Airport has unveiled plans to become the first UK airport with a direct supply of...